This year, for European Day of Languages we chose to focus on our school’s modern foreign language, French. To celebrate this the children came to school wearing the colours of the French flag; red, white and blue. Throughout the day each class took part in a French Cultural lesson. In EYFS and Year 2 the children learned French songs, such as Frere Jacques and Alouette. In Year 1, the children took part in some French cooking; they added a fruit of their choice and grated chocolate onto French crepes. Year 2 and 3 also enjoyed sampling some French food such as French cheese and croissants. In Year 4, the children looked at the famous French landmark, the Eiffel Tower. They then had a competition to build the Eiffel Tower out of spaghetti and marshmallows. In Upper KS2 the children looked at the French artist Henri Matisse and French Inventors, as well as taking part in a quiz about France and creating a French board game. 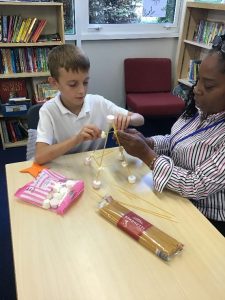 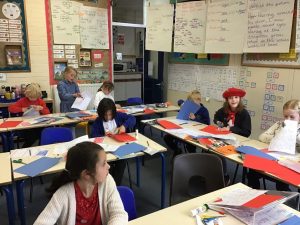